Certainly one of the most attractive sites in Učka Nature Park is Vela Draga Canyon. This natural phenomenon, which began to be formed by natural forces – earthquakes, winds, sunshine, and water- during the Cretaceous Period (over 140 million years ago), was placed under protection in 1963 as a natural reserve, and as a geomorphological natural monument since 1998.

The Vela Draga Educational Trail, opened in 2004, passes along the rim of the impressive eponymous canyon and with the help of information boards, it presents this monument of exceptional geomorphological value in four languages. The information boards written in a straightforward popular-science style, explain the geological phenomena behind the formation of the Učka massif and the canyon itself. Above the canyon, at a nicely-appointed rest area and observation point, you can take a short break. The wondrous views of limestone towers will certainly remain indelibly etched into your memories and once more arouse your awe for the greatest architect of all times: nature. The more strenuous portion of the educational trail continues from the vantage point to the foot of the stone towers and the very base of Vela Draga Canyon. 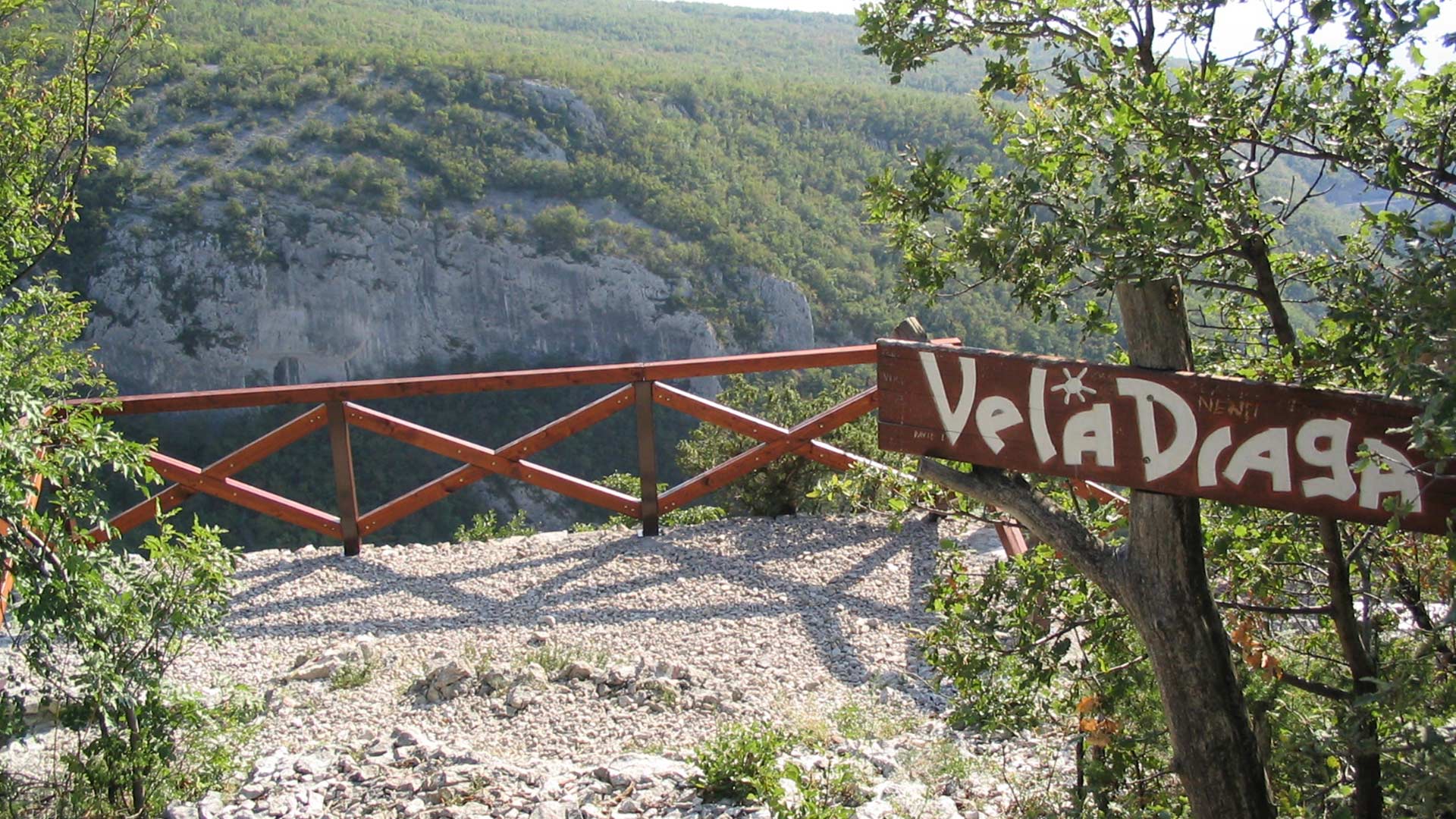