Učka has always been a favourite destination for many hikers and nature-lovers. So it comes as no suprise that there are numerous hiking trails in and around Učka and Ćićarija. They are waiting for you to discover and explore them, regardless of whether you begin your adventure at coast, from Poklon or from Istria.

Detailed description of hikig trails you can find in Outdoor guide to Učka Nature Park, which you can buy in Visitor Centre Poklon. There is also Tourist-hiking map of Učka Nature Park.

Some of the most popular hiking trails are: 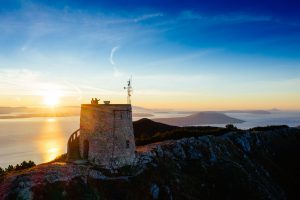 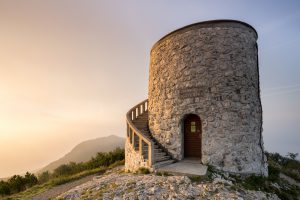 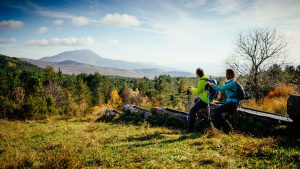 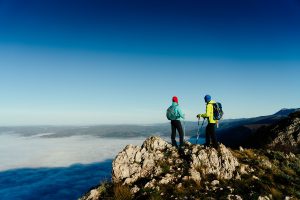 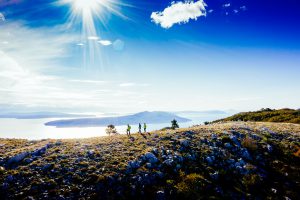 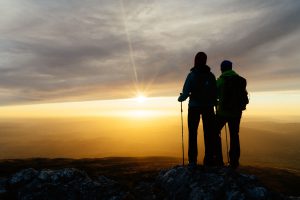 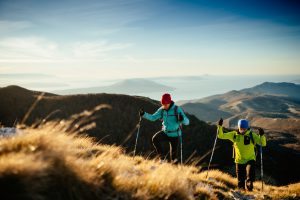 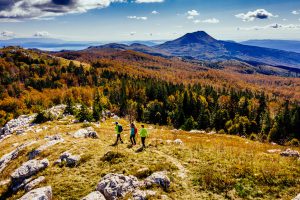 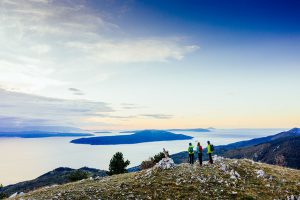 THE HISTORY OF HIKING ON UČKA

The question of when man first climbed the slopes of Mount Učka out of curiosity and for sheer pleasure rather than for survival remains unanswered.

This area has been visited by prominent scientists for many years. The first recorded ascent of Učka’s peak was made in 1722 by Zanichelli, a botanist from Venice. Over the next 150 years, numerous botanists and geologists from various countries visited Učka to pursue their interest in the mountain’s rich vegetation.

The first Croatian botanist to visit the slopes of Učka was Ljudevit Rossi in 1872.

The Saxon king Friedrich August II, who was also a passionate botanist, climbed the peak of Učka on the 10th of May 1838 in an expedition together with the Croatian BanJosip Jelačić. A stone plaque whose inscription is in Latin has been erected in Lovran to commemorate this event.

These were the years when Učka was growing increasingly popular due to its closeness of Opatija, a popular resort for European aristocracy. As a result, many aristocrats of that time visited Učka to admire its beauty. With the development of tourism along the coast, progress gradually reached the slopes of Učka too. The local tourism office would advise visitors to take a cruise on Kvarner Bay or a “highly rewarding mountain tour” to Učka’s peak.

This is how Učka, previously of interest only to scientists, geologists or botanists, became popular among hikers and day-trippers and the tourists who were spending their holidays in Opatija.

The Poklon pass and the whole of Mount Učka became a favourite destination of tourists from the whole Opatija Riviera. The Poklon Mountain Hut provided comfortable shelter and was a starting point for climbing the peak, where one could enjoy a magnificent sunrise, the most spectacular moment of any ascent to the peak of Učka.

It is interesting to mention that in 1852, Avelin Ćepulić from Rijeka published an article entitled “Dawn at Učka”in the Neven magazine. This article, describing the ascent of some mountaineers from Rijeka to the peak of Učka, represents the first account of a hiking trip in Croatian literature.

Some important years in the history of hiking on Učka:

1874 Founding of the Croatian Mountaineering Society, which made Croatians the ninth nation in the world to have their own alpine club, even before some “alpine” peoples.

1887 150 day-trippers from Vienna climb Mount Učka. In the same year, the first mountaineering facility on Učka is opened on the Poklon pass – the Kronprinzessin Stephanie mountain hut.

1911 Construction of the stone tower at Vojak peak, on the initiative of the Oesterreichischer Touristen Club.

1912 The CAF takes possession of the Poklon mountain hut, renaming it “Rifugio Duchessa d’Aosta”. After World War Two and the establishment of further alpine clubs in Rijeka and Opatija, hikers begin to regularly climb Mount Učka.

A great number of hiking trails located on Učka and Ćićarija are just waiting for you to discover and research them, whether you start your adventure from the Kvarner coast, from the mountain pass Poklon or from the Istrian side of the mountains. The trails will lead you to some really beautiful viewpoints and hill tops, to old and abandoned settlements, places where history, tradition and mythology intertwine into a perfect harmony among the most beaufitul surrounding – nature itself.