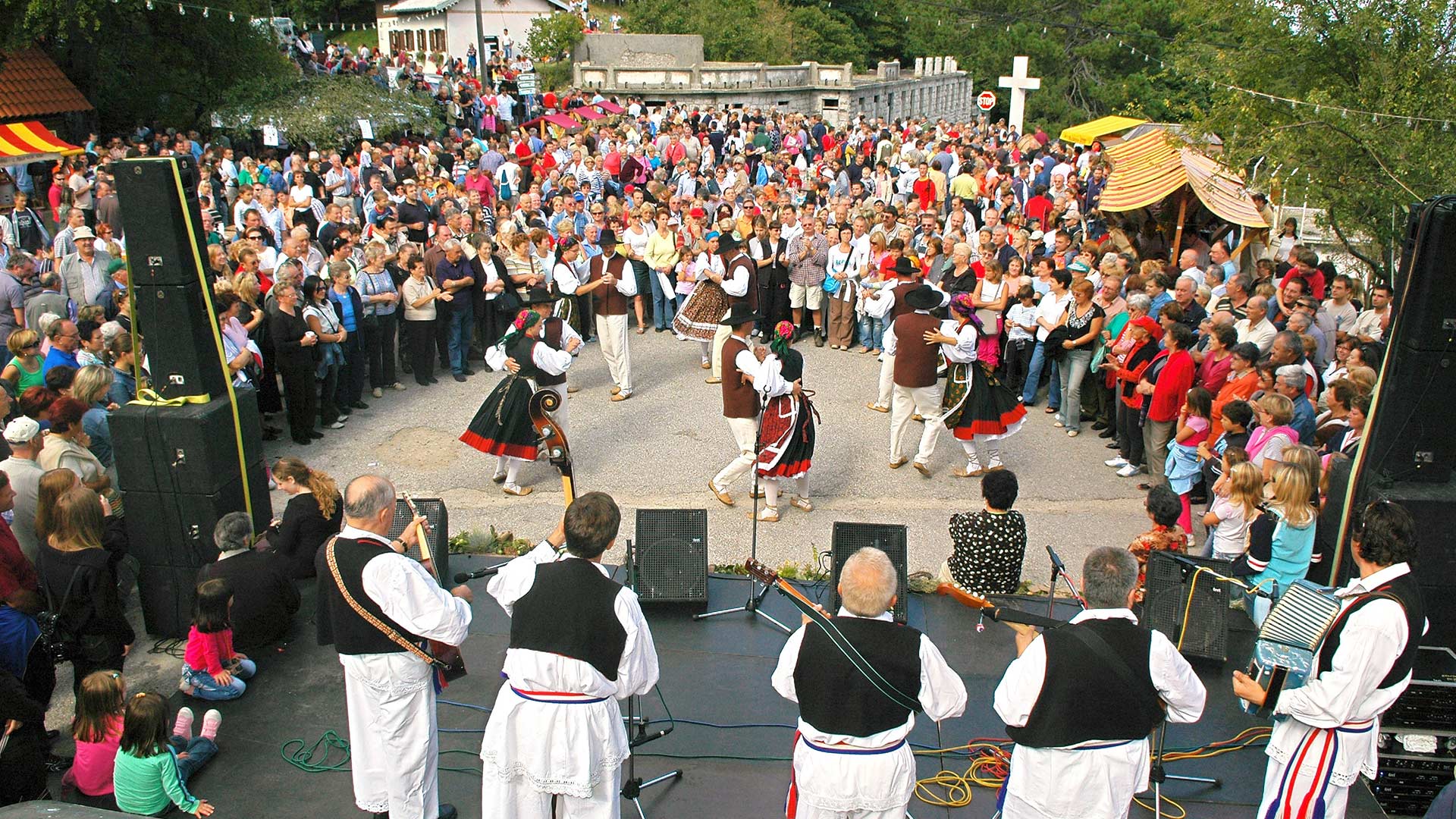 The pass between the mountains of Učka and Ćićarija is called Poklon (922 m). The name (“Bow” in English) comes from the traditional folk religion: before the Istrian railway was built in 1876, pilgrims from Istria had for centuries travelled across this pass to the Church of the Blessed Virgin Mary in Trsat in Rijeka. Once they reached Poklon, which offers a beautiful view of Kvarner Bay, they would bow to the votive church of Our Lady of Trsat. In remembrance of this tradition of bowing, a cross was placed here on Poklon.

Few years after the construction of the railway, in the summer of 1887, the members of the Austrian Tourist Club (Österreichischer Touristen Klub) built the first lodge for mountain climbers on Učka right here on Poklon, and named it after princess Stephanie, wife of His Royal Majesty Prince Rudolf and daughter of the Belgian king Leopold II.

Today Poklon includes an information office and souvenir shop, public toilets, and a car park with rest area. A board with a perspective drawing of Učka Nature Park informs visitors about some basic facts about the area. Further information can be obtained in the office, where visitors can also buy the hiking-topographic map of Učka Nature Park or some original souvenirs.
Did you know?

In 1958, Učka pension and restaurant was built on the site of the former barracks of the Italian finance authority.

In 1965, members of the Opatija Climbing Club built the new Poklon mountain hut, which still exists. 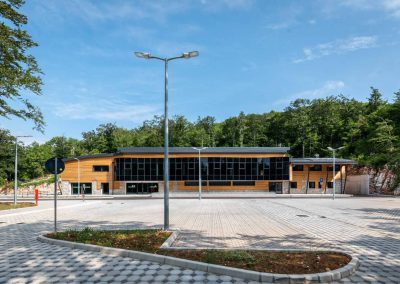 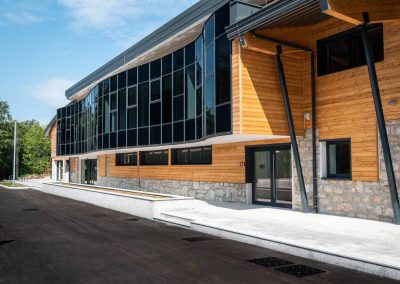 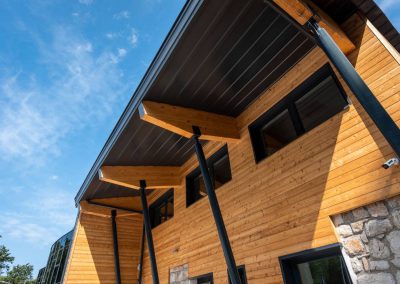 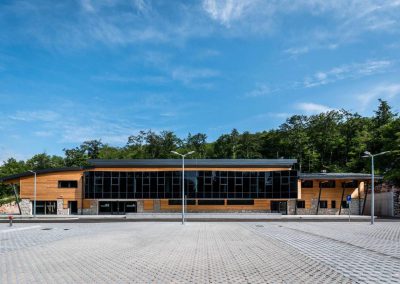 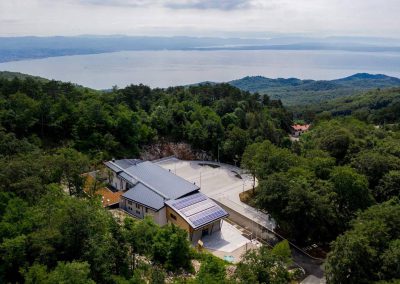 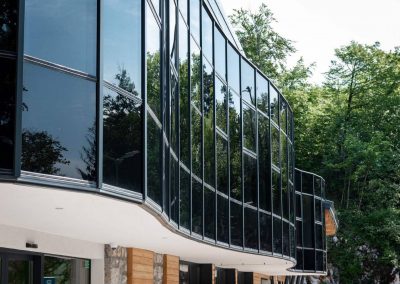 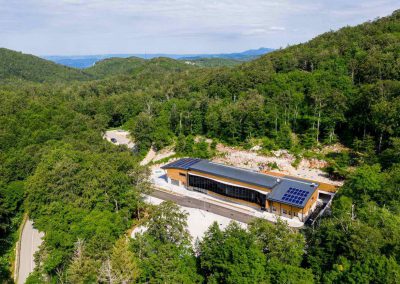 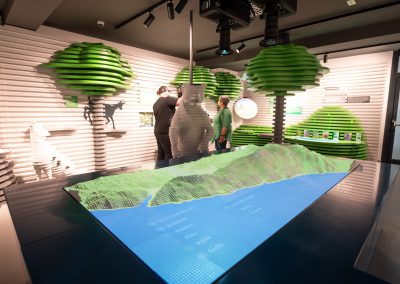 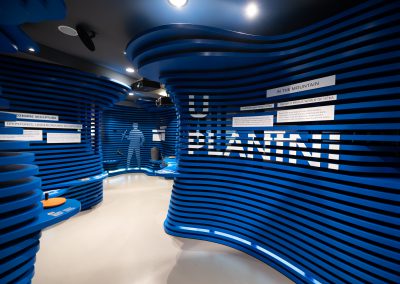 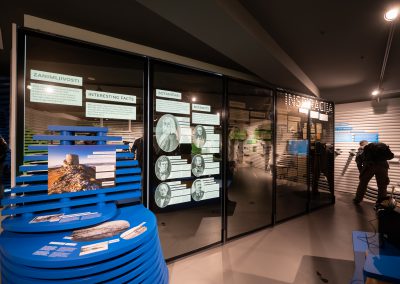 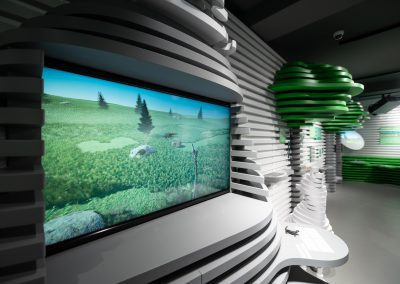 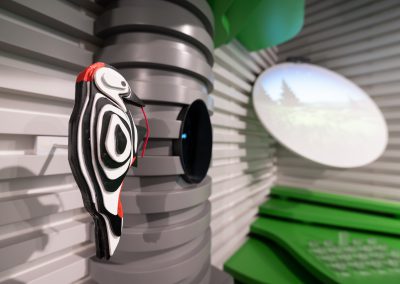 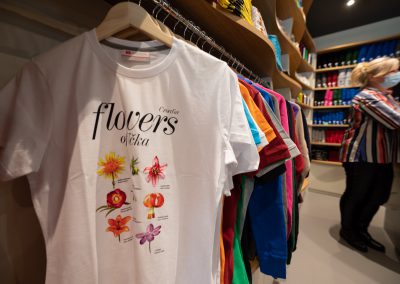 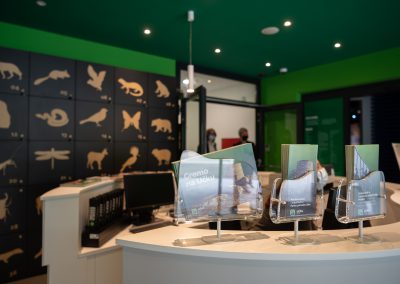 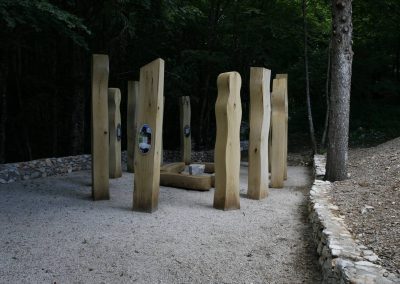 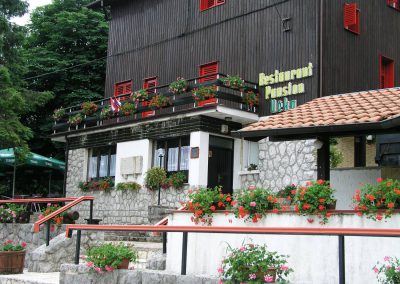 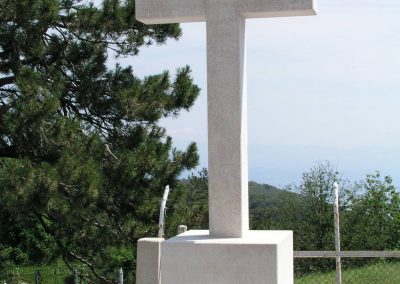 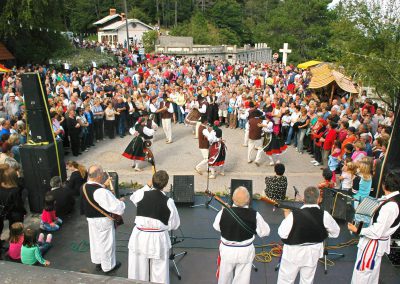 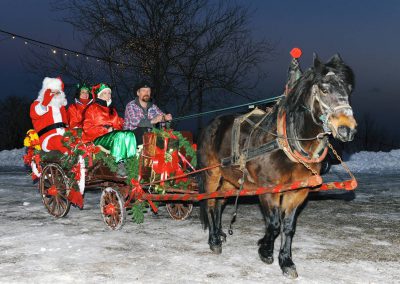 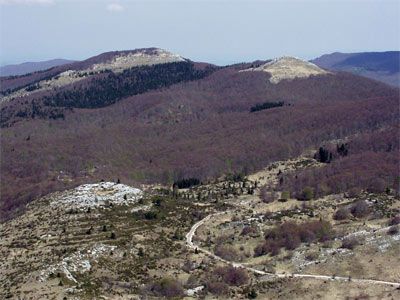 Veli Planik is the highest peak of the Ćićarija mountain range, at an elevation of 1,272 m above sea-level. Its bare rocks loom above the dense surrounding forests. If you climb this peak, you will enjoy a magnificent panoramic view of the area.

Would you like to reach the highest peak of Ćićarija? You can do so by one of the marked trails: 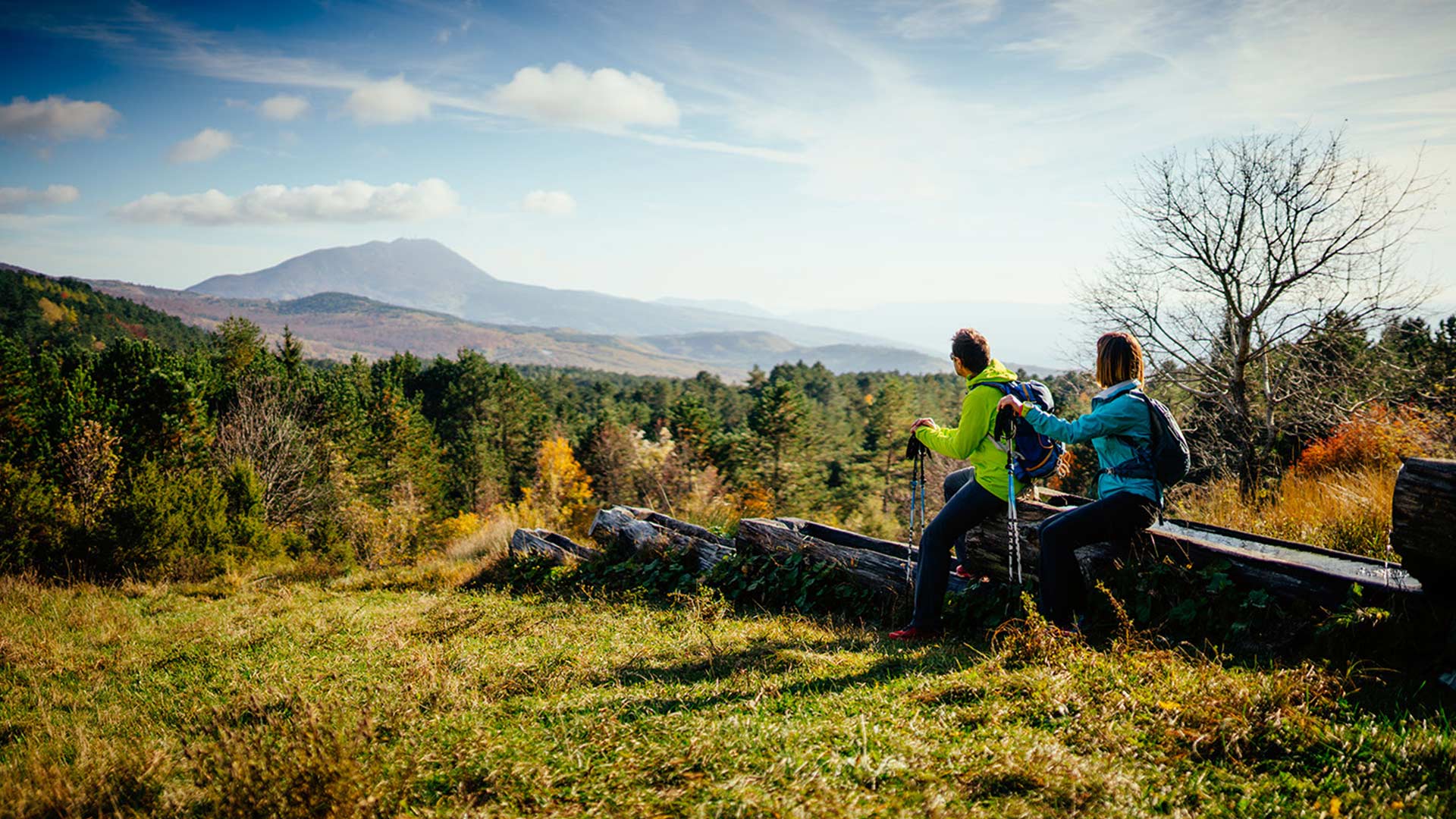 The jewel of the Ćićarija mountain range

The source of Korita lies at 45 minutes’ walking distance from the village of Brgudac. It can be reached on a path that leads through a dense hornbeam and oak forest, with an occasional spruce and many protected plants and animals.

Located in a meadow under the Brajkova stijena cliff, this source of drinking water pours into ten solid wooden troughs, beneath which is a rather large pool rich in plant and animal life. This facility played a very important role in the life of local people because it was a major water source for them and their cattle.

A rest area at the source offers a wonderful view of the Učka massif. Interpretation boards explain the cultural and natural significance of this spot.

Not far from the source is the Na Koritima mountain hut, which at weekends offers accommodation and refreshments.

If you intend to stay overnight in the hut, we recommend first checking its availability with the Glas Istre mountaineering club. 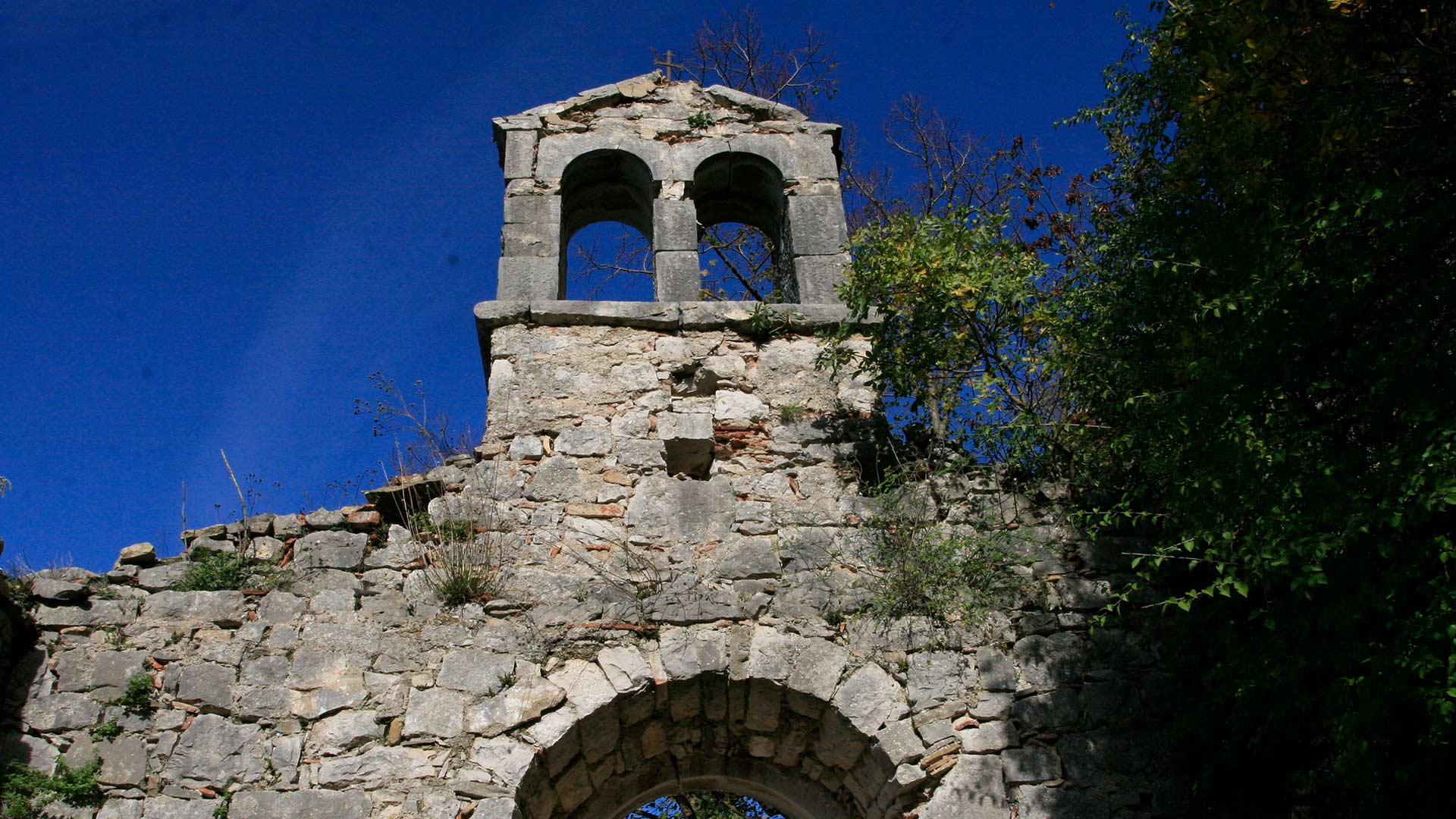 The medieval castle of Kožljak (210 m), built on a steep cliff above the former lake of Čepić, which was eventually drained and is today a fertile field, was first mentioned in some documents dating from the beginning of the 12th century. The preserved stone steps, which even today seems to echo the clatter of hooves and rattling of armour, and parts of the defensive walls are reminders of those troubled times. A series of coats of arms chiselled into the rock attests to changing owners and rulers throughout the centuries.

To visit Kožljak, take the road that leads from Vranja to Šušnjevica and continue towards Kožljak. 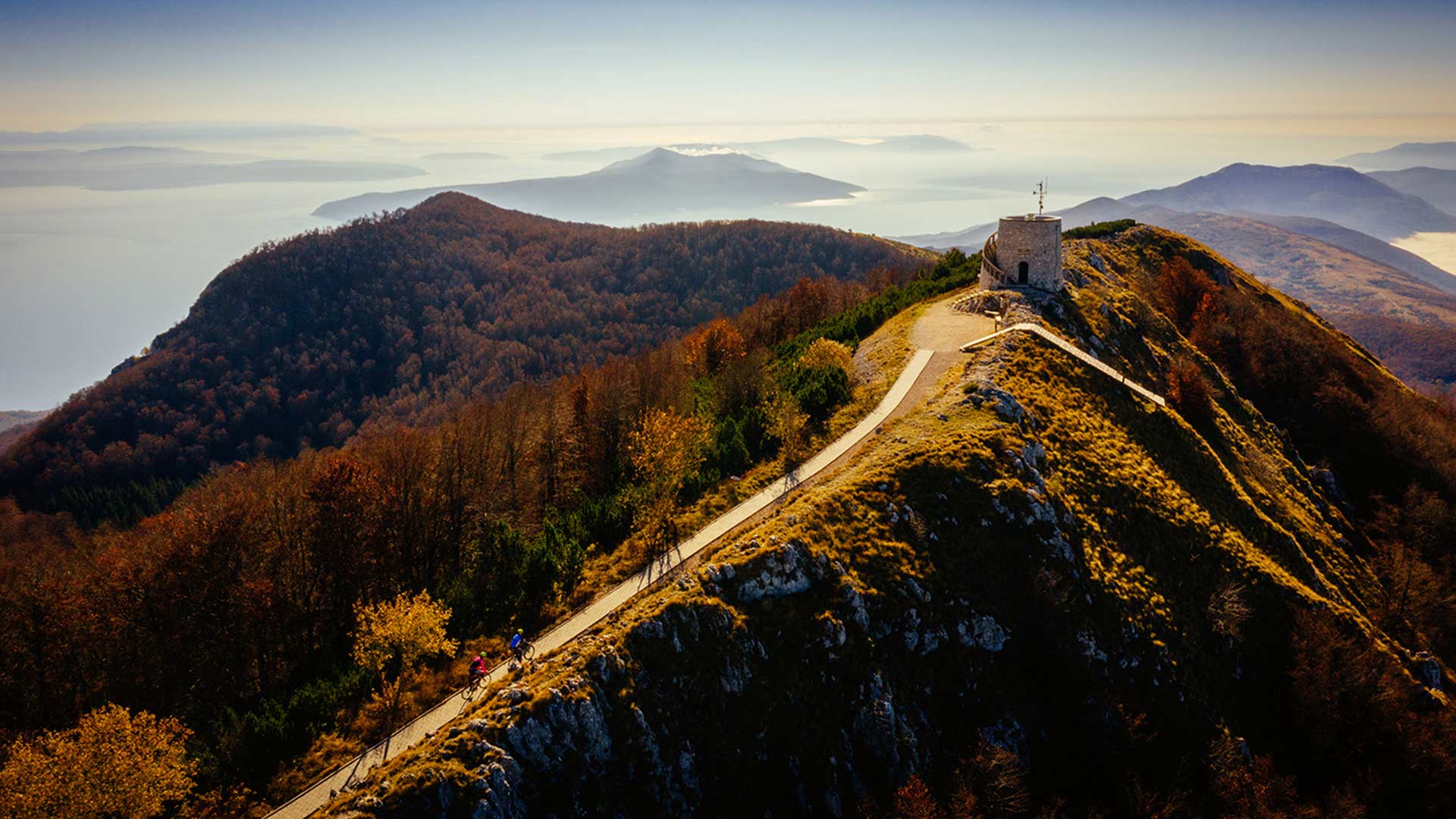 The Vojak Tower was built in 1911 to benefit from the mountain’s wonderful panoramic views of Istria, the Kvarner Bay with the islands, the mountains in the Gorski kotar area, Mount Velebit, the Alps, and Italy. The tower was built by mountain climbers and nature enthusiasts from the Österreichischer Touristen Club in the Austro-Hungarian period. During World War I, it served as an Austro-Hungarian military and naval lookout post.

After the massif of Mount Učka and one part of Ćićarija mountain range were declared the Učka Nature Park in 1999, the Vojak Tower became the symbol of the park. To preserve the area’s cultural and historical heritage and the long tradition of climbing to Učka’s highest peak and observation tower, as well as to make the most of the splendid panoramic views, the Učka Nature Park Public Institution renovated the tower completely in 2004. Today, the tower includes an information office, a souvenir shop and an observation deck equipped with telescopes offering magnificent views of the surrounding landscapes.

The following routes are recommended for climbing Vojak: 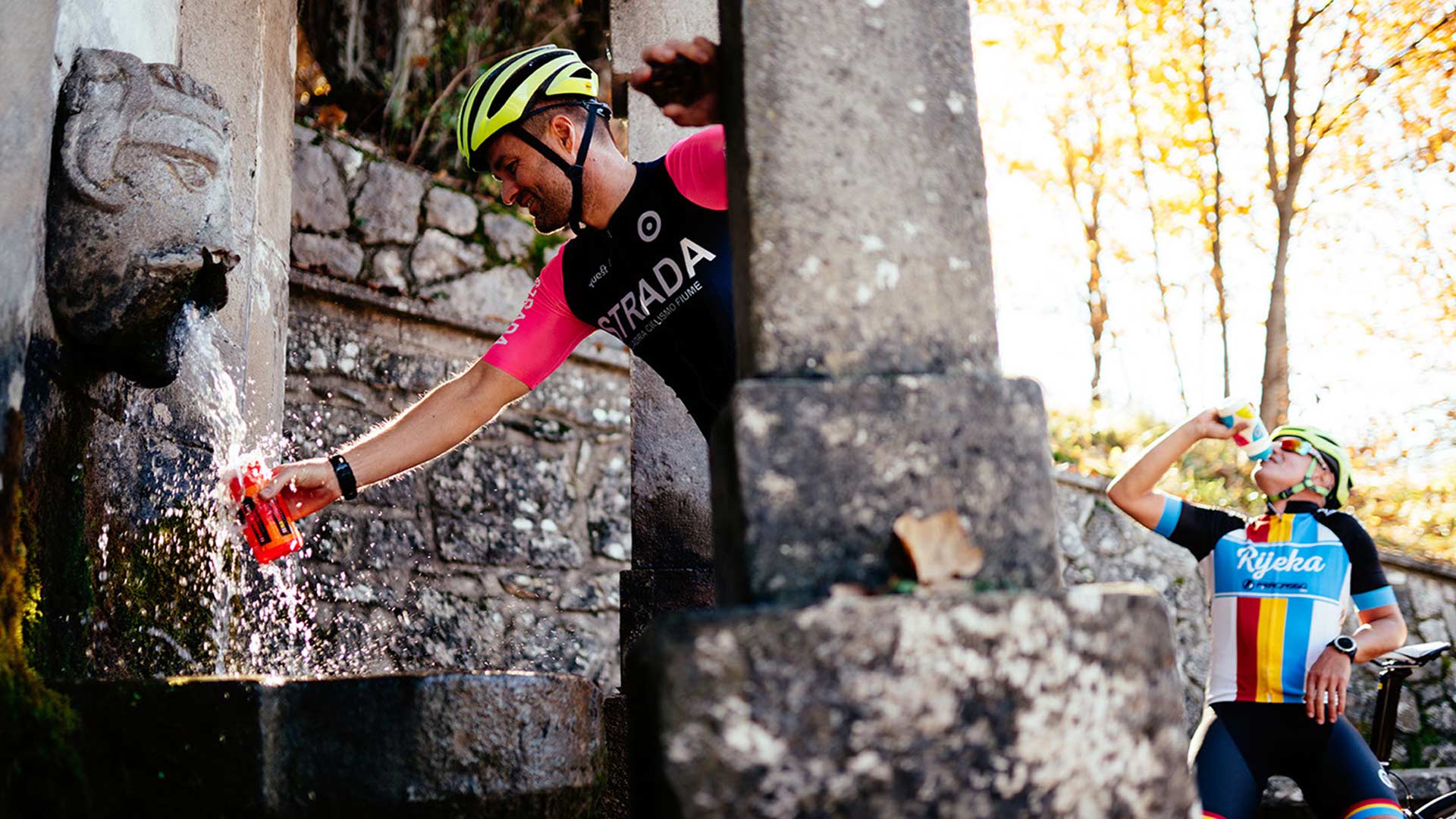 The “Water of Joseph II” is located in a small rural settlement called Vela Učka, on the western slopes of Učka Nature Park.

The style and the dimensions of the facility create the impression of a fountain, which is how it is mostly known by the local people. In the folk tradition it was also called “Napoleon’s water”.

The old “pipe”, with its beauty and patina of times gone by, has always attracted the attention of Učka’s inhabitants and the travellers who have been stopping by for centuries to refresh themselves from its fresh spring water.

Based on the style of the building, it is presumed that the fountain was built during the reign of the Habsburg Monarchy, at the time when the road over Učka was constructed. Most of the large number of people that inhabited Učka at that time were involved in cattle breeding and agriculture and therefore this facility was used by them as a place to rest and water their animals. This fact was confirmed by an inscription revealed during the monument’s restoration in which the name of Emperor Joseph II of Lorraine appears, the sovereign of the Monarchy from 1780 to 1790.

The fountain was renovated to mark the occasion of International Year of Freshwater in 2003 as part of the cultural heritage protection programme run by the Učka Nature Park Public Institution in collaboration with the relevant administrative department for the protection of cultural heritage at the Conservatory Department in Rijeka and the sculptor Zvonimir Kamenar. 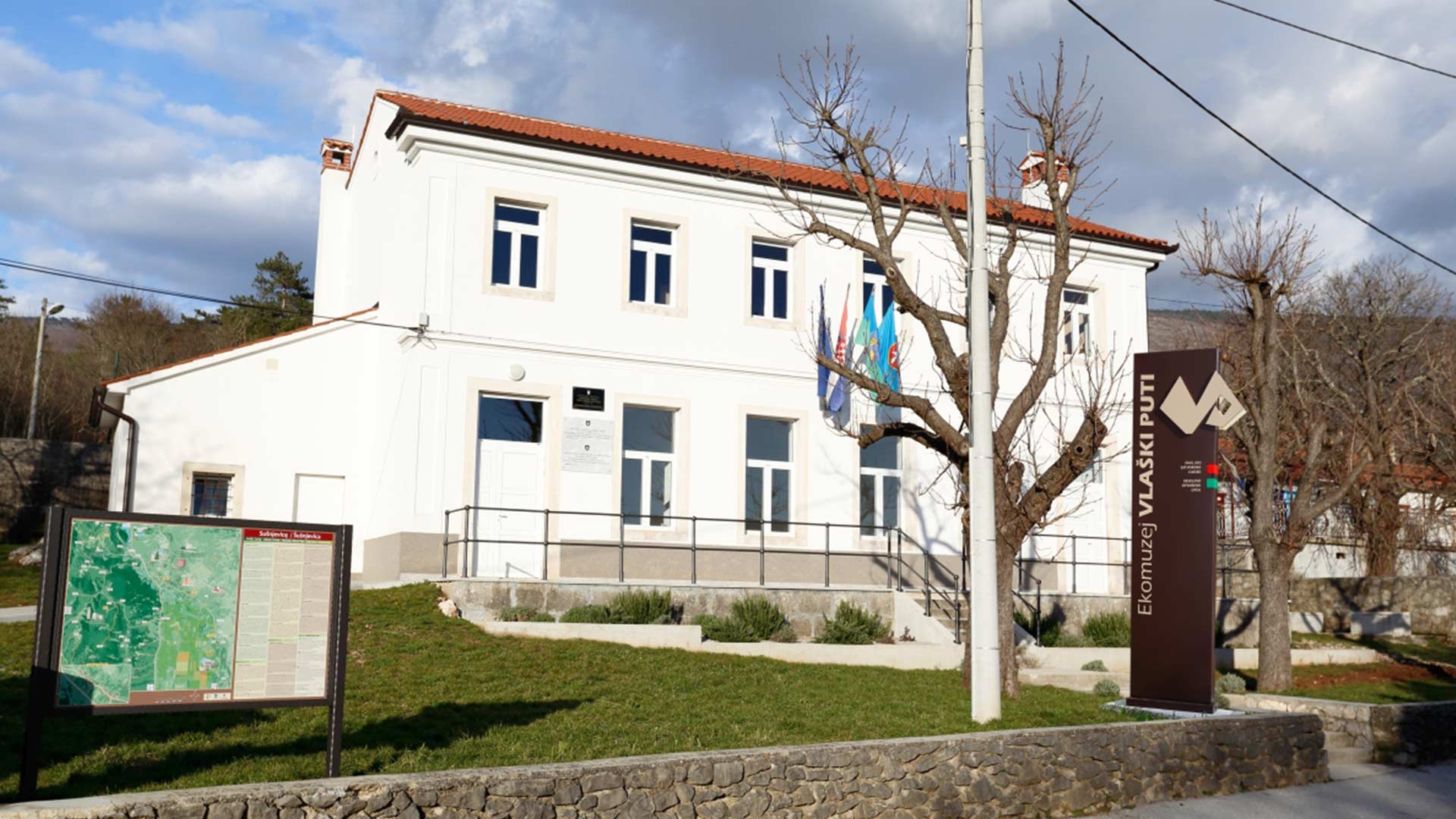 The Ecomuseum Vlaški Puti (Vlach Paths) is a place of valorisation and presentation of the social history and traditional culture of Šušnjevica and nearby surroundings through the concept of a cultural landscape . It consists of the Interpretation Centre and the Media Library , situated in the old local school, and the walking theme paths through the Učka Nature Park, directly connected with the life and activities of the community.

The mission of the Interpretation Centre and the Ecomuseum Vlaški Puti is to valorise and present the social history and the traditional culture of Šušnjevica and the surrounding villages with particular emphasis on transfer of knowledge about the Vlach (so called Istro-Romanian) language and culture. The Vlachs are a bigger ethnic community formed from different ethnic groups settled in South-eastern Europe. In the past they lived mostly in tribes as nomadic cattlemen without leaving much material cultural remainings. Not once during their domination over the Istrian peninsula, did the Venetians and Austrians inhabit these areas with Slavic and Vlach people. The Istrian Vlachs also called Ćići  preserved their customs and native Istro-romanian language and live mostly on the South-eastern part of Istria – in the villages of Žejane, Šušnjevica, Nova Vas (near Kršan), and in the surroundings of Čepić field and the Boljunčica river valley. However, there are less and less Vlach language native speakers, which is the cause of its endangered status and why it’s listed as national protected cultural heritage and in the UNESCO’s Atlas of the World’s Languages in Danger .